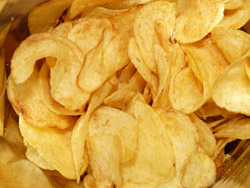 From Rosalind’s bawdy utterance in Shakespeare’s As You Like It, to your mother’s admonishment not to eat that entire carton of ice cream, warnings against “too much of a good thing” have instructed us to appreciate in moderation and avoid destruction by way of excess.

I learned this lesson early on when running a marketing campaign for my company in the beginning days of PPC search advertising. The ad was apparently very compelling, generating thousands of click-throughs in just a day. Unfortunately, very few of those clickers were actually viable prospects for our company, and our ad spend was exhausted in a flurry of useless activity. The lesson: clicks are good, a few unqualified clicks are the cost of doing business, and too many unqualified clicks are a costly mistake.

That lesson holds true for many aspects of running a small business. While all of the following are good for business, too much of these good things can be worse than polishing off that entire family-size bag of potato chips.

The recent smallbiz technology post, Can You Get Too Many Followers? Yes, Absolutely, covers the perils of attracting too many undesirable followers on Facebook, Twitter and other social media venues. The undesirable follower is one who does not fit the “community” of prospects you are trying to engage with your social media presence. It suggests first defining this community in terms of demographics, location, and status, and then targeting your engagement to just that social media segment. By doing this, you are not diluting your message and you are not wasting time and resources on followers who will never be customers.

Maintaining an active social media presence for your small business is definitely a good thing. But, there is a fine line between active and annoying, and an even finer line between cutting-edge topical and information overload. Buffersocial’s Social Media Frequency Guide provides research on the optimal number of times to post on social media sites such as Twitter, Facebook, and LinkedIn, as well as the best times of day to post. The studies quoted in the post are worth reading for the insights they provide. But, in short: Post to Twitter at least 5 times a day, and up to 20 if you can; post to Facebook 5-10 times per week; and post to LinkedIn about once per day.

While it may seem that your small business can never make too much money, this American Express Open Forum post discusses Why Making Too Much Money Could Be Hurting Your Business. It suggests that too rapid an accumulation of free cash flow can be an indication that a small business is not investing in its future. Investment in growing the business, according to the post, is the key to long-term success. The post provides tips for effectively managing cash flow, as well as the signs you should look for that indicate your “cash cow” is about to turn into a “sinking ship.”

This NY Times You’re The Boss post looks at The Dangers of Relying on Too Much Data. It includes a case study that illustrates how relying too much on analytical data to make business decisions can lead to short-term wins that ultimately inhibit long-term success. The post suggest a “T shape” data strategy in which “tactical data (the top of the T) and strategic data (the bottom of the T)” are combined to make business decisions that foster both short and long-term success.

This TED Talk from Jason Fried, co-founder of 37Signals (a company offering web-based collaboration tools), looks at how our interactions in the workplace actually inhibit work. He claims that one of the great work inhibitors are “M&Ms, the Managers and the Meetings.” While he acknowledges that getting people together to collaboratively hash things out is helpful, he notes that the real work gets done outside of these sessions by individuals in non-office locations. And, he finds scheduled meetings, and the managers who schedule them, to be nothing but an intrusion on real work and a disruptive time-suck. Fried believes this “over collaboration” is a “disease” suffered by most companies.

As a small business owner you, almost by definition, must wear many hats—often at the same time. But, when does multitasking end up having diminishing returns? When you try to do more than two things at once, according to a study referenced in this post. Additionally, the post cites another study that found lasting effects from long-term multitasking, including problems with filtering information, memory management, and task switching; and another which found that multitaskers are actually 40% less effective at work and take 50% longer to finish a task than non-multitaskers. So, what is a multi-hat wearing small business owner to do? The post provides several suggestions for how to better manage your time so that you can spend short spurts concentrating on single tasks and ultimately accomplish more, more effectively, than you could by multitasking.

If you run a small business, chances are you are using some type of Google advertising—whether that is PPC, a Places page, a Google+ presence, or organic search efforts. If it didn’t work, Google would likely not be the advertising powerhouse it is. But, according to this Motley Fool post, there is a danger in relying too heavily on Google advertising. The danger springs from the fact that Google can change (and has changed) its algorithm at any time, and this change can wipe-out hard-earned placements in search results and/or ad position. By contrast, the post notes that competitors such as Facebook, Yelp, and Twitter, “operate a model where what’s gained only adds further value to a small business. Once positive reviews are earned on Yelp, those are always seen by searching users, and as Facebook business pages earn more likes, future content will reach more people. Hence, Yelp, Facebook, and this new group of dotcom companies have created business models that might be more appealing over the long-term to advertisers, and perhaps more valuable long-term than an ever-evolving Google.”

The days of keeping key website content “above the fold” (the portion of the page visible on the screen without scrolling) on your homepage are long gone, as the wide range of screen sizes has now made “the fold” something virtually undefinable, and tiny mobile devices have made scrolling the norm. So, it is now fine to cram as much content into your home page as you can. Not so fast! A recent roundpeg post, Long Home Pages: Too Much of a Good Thing, tackles the homepage balancing act required to fully engage prospects, minimize navigation requirements, and avoid information overload.

You’ve heard it a million times; a picture is worth a thousand words. But, is there such a thing as too many pictures on an e-commerce website? This post discusses a recent study finding that, “Looking at multiple photos when making product comparisons can ultimately inhibit consumers from noticing what differentiates them in the first place.” The study called this effect, “product agnosia.” The term is derived from the Greek word for “not knowing” or “without knowledge.” “Product agnosia,” the researchers found, caused people to focus on a single detail rather than the overall product. They found that this was helpful in instances such as purchasing cell phones, where it is the tiny details such as button placement that count; but detrimental to decision making for less complex products such as shoes.

When can “taking a load off” actually result in a higher risk of cancer? According to this recent Fortune post, it can when you regularly do it for more than 10 hours a day. The post calls sitting “the new smoking” and quotes studies claiming that each two hour block spent sitting increases the risk of not only cancer but also Type 2 diabetes and heart disease, and that exercise does not reverse the damage from these extended sits. If running your small business requires more sitting in your office than actually running around, the post provides tips for how to sit “actively.”

So, take heed of the above and employ smart moderation strategies. However, remember that there is one thing you can never have too much (or many) of: Tips to help you successfully manage and grow your small business. Get them weekly by subscribing to our blog.